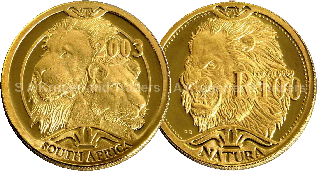 The lion is undoubtedly Africa’s King of the Beasts. Aside from their sheer power, the strength achieved through family alliances leaves them unmatched as a group. Lions are the only significantly social cats and the bond enjoyed in the pride (family), offers not only communal defence but also the opportunity to breed successfully. Lionesses form the core of the pride and by combining their strength; they are often able to repel foreign males in the temporary absence of the pride’s males thereby providing security to their cubs. Females produce cubs every three years and pride lionesses often reproduce in synchrony. The cubs remain dependent on their mother’s milk up to eight or nine months, although they generally start feeding on meat from approximately from three months of age. Males are ousted from the pride at around three years of age and often join forces with other males in search of their own territories.