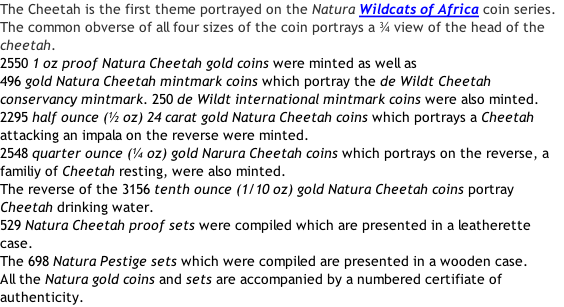 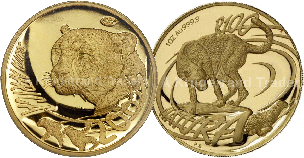 The name "cheetah" is derived from a Hindi word, chiti, which means "the spotted one" and seems to indicate that the species once ranged beyond the borders of Africa.
Fossil records also prove that both smaller and larger breeds once existed in Eurasia. The cheetah in motion is an extraordinary sight. Cat-like, it first stalks its prey within a distance of some fifty meters, before starting the high-speed dash of up to 96 kph within 3 seconds from a standing start, which has earned this graceful predator the reputation of being the fastest mammal on earth.
A cheetah's profile reveals its small, rounded head, short muzzle and high domed skull. The unusually large nasal cavities allow it to take in large quantities of air after the extreme exertions of the hunt. No two cheetahs are identical. Each has its own spotted pattern, just as each human being has unique fingerprints.