In the 1970’s, at Capetown’s Kirstenbosch Botanical Gardens, seven golden-yellow flowering plants appeared in the population of ordinary orange-colored Bird of Paradise plants. The curators there undertook a 20-year program of selection and hand-pollination, and then introduced the golden-yellow colored variety to horticulture. Originally named “Kirstenbosch Gold,” it was re-named in 1996 in honor of Nelson Mandela.

The obverse of the medallion portrays the bust of Nelson Mandela, while the reverse features the image of a Strelizia and the wording “Strelitzia Reginae Aiton. 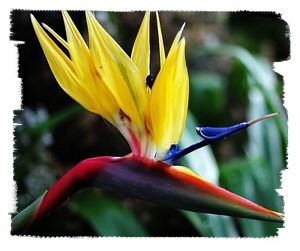